Disclaimer: The purpose of writing this blog post is not to teach anybody, but rather to share my painful journey to automate data project components. This journey is mostly based on my ignorance in many IT areas as well as my lack of DevOps experience, rightful lack of experience since I’m just a data engineer :- )

My story: there is a Python solution that will be used to extract data from an external data provider and I want to automate its deployment to a Function App in Azure using already existing Azure DevOps agents hosted on Window Azure VMs.

A conventional way to work on this would require following all the instructions from the Microsoft documentation resource that describes how to build continuous delivery of a Function App in Azure – https://docs.microsoft.com/en-us/azure/azure-functions/functions-how-to-azure-devops?tabs=dotnet-core%2Cyaml%2Cpython

Where a simple pipeline to Build your Python code looks like this:

and this is how you can Deploy this build to a Function App:

Challenges with the traditional approach

Hosting your own DevOps agents comes with a responsibility to install/update all the software that will be used during the work of your build/deployment pipelines. Python is no exception in this case. After locating the latest installation file you have to make sure that you:

Bash command from the Microsoft documentation needs to be converted to a regular command that can be executed in your Windows DevOps agent. So in my case I changed bash commands to Command-Line tasks: https://docs.microsoft.com/en-us/azure/devops/pipelines/tasks/utility/command-line?view=azure-devops&tabs=yaml

Changing Bash commands to CmdLine@2 tasks was only a part of the work to enable Python libraries' installation. My self-hosted DevOps agent VM was behind a corporate firewall. So, make sure to enable the following hostnames in your firewall, so that your agent could access Python libraries metadata and their binaries:

My task (AzureFunctionApp@1) to deploy Python solution worked well and I was able to see the list of Azure Functions in the portal. However, the actual code in Azure showed a very generic error message: “Exception: ModuleNotFoundError: No module named 'module_name'”.

Microsoft anticipating that this type of error would frequently appear and it has created a separate documentation article to troubleshoot this Python error in Azure Functions: https://docs.microsoft.com/en-us/azure/azure-functions/recover-python-functions?tabs=vscode

This the list of possible reasons for the "ModuleNotFoundError" error message:

After validating the actual deployed files I got stopped at the “package isn't resolved with proper Linux wheel” issue, where one of the Python depended library wheel files had “cp39-cp39-win_amd64” tag value when it was expecting the “cp39-cp39-linux_x86_64” value, since Python functions run only on Linux in Azure. The reason why I had “win_amd64” in my deployed package, was that all the depended Python libraries were collected and compiled on the Windows self-hosted Azure DevOps agent. So, I needed to find a way to make it look like Linux before running the deployment task.

My initial idea for to create a script and replace all the wheel files’ tags with “cp39-cp39-linux_x86_64” value, a bad idea. Then I thought to use the “pip install –target” parameter to specify that I want to collect and compile all the dependent Python libraries for the Linux platform on my Windows self-hosted VM with the Azure DevOps agent. This one failed too since I received even more error messages during the pip install command running.

So, I was stuck with an idea, that either I should provision a new Azure DevOps agent installed on Linux VM and run both my build and deployment tasks for the Python Function App, or come up with a less complicated solution where I could still use my existing Windows self-hosted agents. This is how my story continued…

Non-traditional approach, to me :-)

I have talked with several people, who had far more experience in DevOps and specifically in deploying the Python Function code to Azure. They all echoed the same condition that in order to have a successful build and further execution of the Python Function App, I needed to build it first on a Linux environment. Once I have this correct Linux-based build of my Function app, then it can be deployed using either Windows or Linux DevOps agents. And that’s the exact solution I saw from one of my other team members.

This solution proved to be working: I was able to create a separate YAML pipeline to build my Python solution code in Linux. Then the output build file is passed to another DevOps agent that can successfully deploy it to the actual Function App in Azure.

If you ask me, why didn’t I use the same Linux Microsoft-hosted agent to both build and deploy steps, I had my own reasons:

Here is my initial code of the build pipeline in YAML (I personally was surprised that I could still use the CmdLine@2 tasks in Linux instead of bash commands):

Challenges with the non-conventional approach

(A) Python version is important

I didn't include the UsePythonVersion@0 task in my initial YAML code and that proved to be wrong, since I got the old error message again, “Exception: ModuleNotFoundError: No module named 'module_name'”. After further investigation, the Python libs had Linux tag value in their wheel files, however Python version was slightly off. It was deployed as 3.8 version, whre my target Azure Function App was set to the Python 3.9 version.

After setting this YAML task, I had passed on the "No module named " error message:

Next attempt to build and deploy my code was successful, however the execution of my Python Function App failed with another error message, "ImportError: /lib/x86_64-linux-gnu/libm.so.6: version `GLIBC_2.29' not found".

Thankfully, I wasn't the only one who had experienced the same problem in the past (https://issueexplorer.com/issue/Azure/azure-functions-python-worker/818) and I was able to resolve this issue by replacing the "vmImageName: ubuntu-latest" to "vmImageName: 'ubuntu-18.04'" in my YMAL code, and this helped me a lot!

This is a very minor issue to maintain and update both DevOps pipeline (build & release) in two separate places, the rest is easy and very familiar. 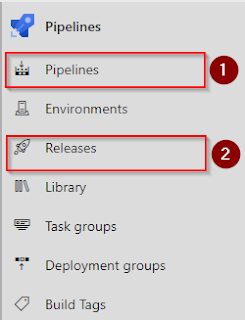 As a conclusion to this blog post, I was able to make Linux and Windows, even more, friendlier in my mind by creating this CI/CD pipeline for my Python Function App. Yes, I can deploy the Python Function App to Azure using Windows self-hosted agents, but only if a build is made on a Linux agent too. 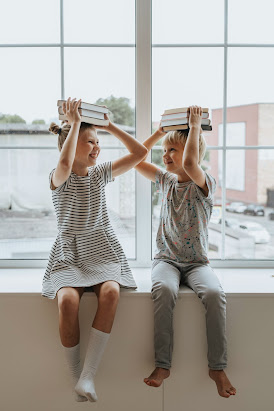 Photo by olia danilevich from Pexels